The Cabernet Sauvignon story starts in the depths of Southwestern France, where an accidental breeding led to one of the world’s most popular red wines today. Sometime in the 17th century when vineyards were just populating widely, the wines of a classic Cabernet Franc was accidentally cross bred with the vines of a Sauvignon Blanc vine, creating a then curious new grape that has seen a big success today! 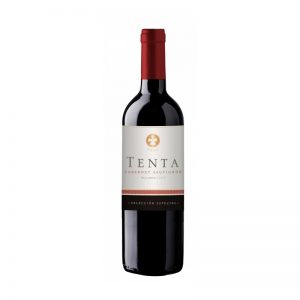 Wine connoisseurs worldwide didn't truly accept the birth of the Cabernet Sauvignon through cross breeding and while it existed for many years, through many countries and brands, it was only 100% confirmed much later in 1996 by wine researcher, UC Davis.

As Cabernet Sauvignon wine spread like wildfire across the globe, what many came to love about it is how rich it is in tannins, which resulted in nice, well rounded wines. A wine rich in tannins simply meant that the wine is able to continue to evolve in its bottle and can be stored for a long time, improving with age. It was also discovered that producing the wine in oak barrels was a great compliment to Cabernet Sauvignon wines as it developed new flavours and aromas. Through these new discoveries, winemakers were able to produce fantastic wines that appealed to a wide variety of taste buds and wine that paired well with food as well.

Typically, a Cabernet Sauvignon wine is jammy with big notes of currants, black cherries, vanilla, green pepper, and ripe layers of oak. Depending on its growth location, cooler regions may produce this wine with vegetal and greenery notes in its portfolio.

The best Cabernet Sauvignon loves a good meal, so pair it with your dinners for the full experience of this wine. Enjoy it with red meats, a grilled hamburger, a nice, fat juicy steak or a braised beef dish. If you're looking for plant based options, it goes well with a vegetarian Moussaka or a thyme based mushroom dish as well. We'd steer away from tomato-sauce based dishes as the rich tannins in the wine cuts through the acid of fresh tomatoes and takes away the beauty of both the wine and the dish.

With so many Cabernet Sauvignon brands in the market today, it’s almost impossible to pick the best one of the lot. It’s hardly ever that one is better than the other but rather that they’re all just different from each other. If you love a good red wine and want to give a Cabernet Sauvignon a go, we’d recommend hitting the full-bodied French Cabernet Sauvignons but if you’re just starting to step in your wine drinking journey, then start with a young, light new world pick. An Australian or Chilean Cabernet Sauvignon is always a crowd pleaser. Just remember to chill the bottle before serving and raise your glass to a beautiful accidentally cross breeding!