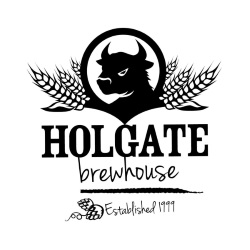 Ask any craft beer lover out there for a craft beer recommendation, and they will be sure to mention the Holgate brand of craft beers. Holgate Brewhouse is a relatively young beer brewery that has been on the rise since they started operation back in 1999. A small and independent, family-owned brewery located in the town of Woodend in Victoria, Australia. Though being a relatively small brewery, Holgate beers have consistently won various awards and accolades at the Australian International Beer Awards. 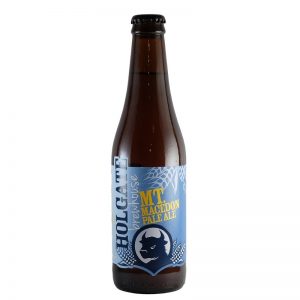 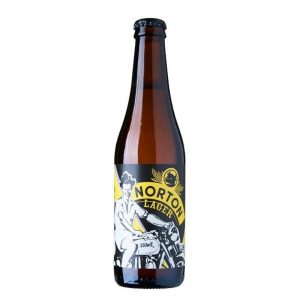 Holgate Brewery is run by Paul and Natasha, a husband and wife team that originally started from the backyard of their house. Today, Holgate Brewery offers six flagship beers, each individually unique in its own right and of various different styles, ranging from lagers to pale ales even to porter beers.

One of the most interesting beers to enter the craft beer scene in recent years is the Holgate Temptress Chocolate Porter. As its name suggests, this beer is a tempting and intriguing twist on the traditional classic porter. Brewed with more than 300 kilograms of malt and deeply infused with rich Dutch cocoas and aromatic vanilla pods, it comes as no surprise that this highly tempting beer reminds drinkers of velvety smooth chocolate, with strong caramel and coffee flavours without the bitterness and has the essence of vanilla.

On the pour, the Temptress has a very dark and black body with a small yet dense head of foam due to its moderate carbonation. This beer is perfect for people looking for an introduction into the craft beer world.

Next on Holgate’s menu of craft beers is the Holgate Mt Macedon Ale. Brewed in the style of a pale ale using fresh water sourced from the Macedon ranges in central Victoria, this brew takes inspiration from European pale ales and mixes it with a traditional London yeast strain.

With its characteristically rich golden honey hue, it is backed by a deep and pleasant aroma and flavours due to its brewing process of adding aromatic hops to it. The moderate bitterness of the beer goes perfectly with a naturally occurring carbonation in the beer during its second fermentation process. Flavours of caramel and biscuit shines through the fruity tastes of the beer, while retaining a surprising savouriness for a light texture.

Continuing with an India Pale Ale style, Holgate’s interpretation of a classic American IPA is known as the Holgate Road Trip American IPA. Intended as a tribute to the spiritual home of the craft beer movement, the Road Trip IPA pays homage to the Pacific Northwest of the United States by using three varieties of different hops in its brewing process, much like the hop-centred beers commonly found in American IPAs. Slightly hazy and orange amber in appearance, this ale is intense in citrus and grapefruit aromas, resulting in a rich and full palate from its strong malt foundation.

Another style of pale ale that Holgate brews is the Holgate Alpha Crucis Australia XPA. The XPA in its name stands for Extra Pale Ale, while Alpha Crucis is the name given to the brightest star found within the Southern Cross Constellation. While being extra pale in colour and appearance, this beer is bold in flavour with notes of punchy sweet tropical fruits and zesty citrus, reminiscent of the Australian climate and culture.

For the more adventurous drinkers, the Holgate Hop Tart Semi-Sour Ale is made with an additional interesting ingredient – Lactobacillus bacteria. As scary as it sounds, this beer is perfectly safe to drink as the bacteria added comes from the same family of bacteria that turns milk into yoghurt. The addition of this ingredient during the brewing process results in a refreshing sour tartness not found on other styles of beers.

With a light and hazy gold appearance, the Hop Tart has notes of tropical fruits with a lemony dry finish perfect for a hot day. Last on Holgate’s menu is the Holgate Norton Helles Lager. This Germanic style of beer pulls influences from the traditional brewing process of German Helles beer, made with Australian-grown hops to make a delicious session beer. Its pale gold hue pairs with a citrus hop aroma with sweet and honeyed malt flavour. This more traditional beer is sure to please the beer lovers out there.

Whether you are new to craft beers or have been an avid drinker of beers for years, Holgate Brewery has a beer for every drinker for every occasion. Their interesting versions of both classic and new styles of beer are sure to tantalise your tastebuds. Holgate beers can be found across many beer bars in Malaysia, with prices usually ranging between RM 25 to RM 40. If you are lucky enough though, you can find certain bars selling 6 portions of the various types of beer at RM 100 in total, a steal at that price!